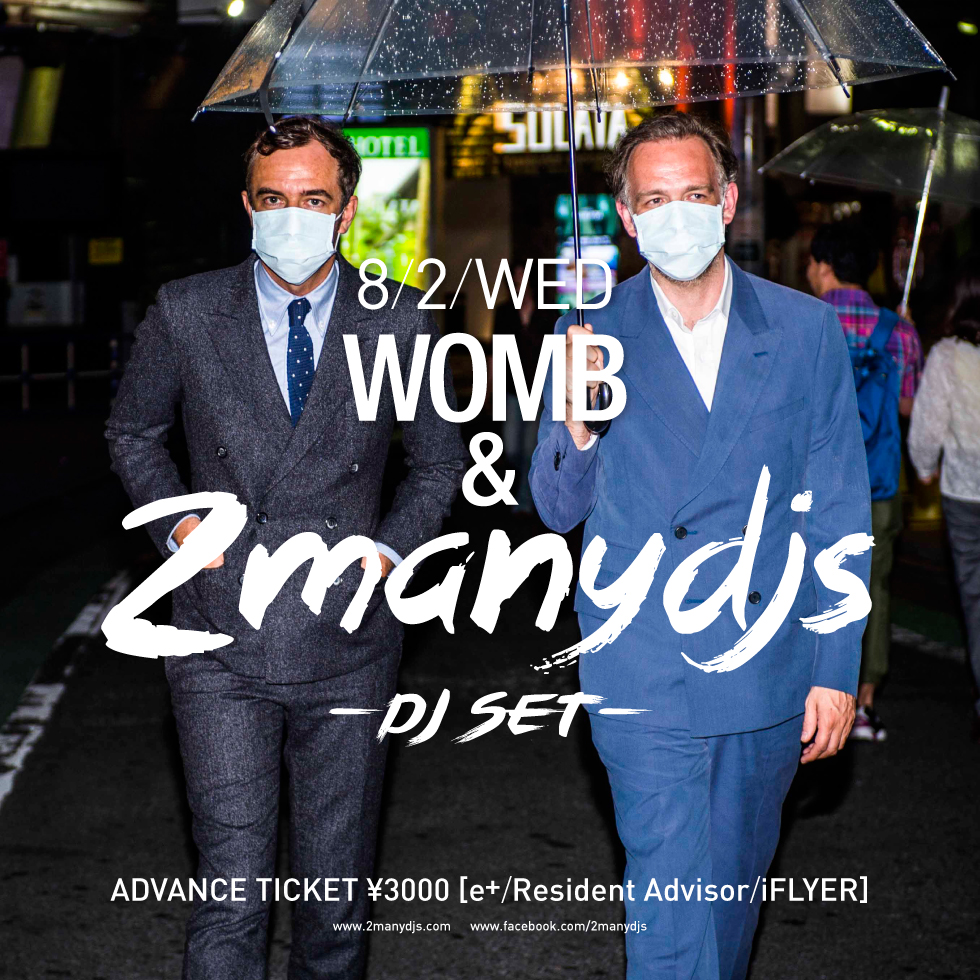 Returning to WOMB after nearly 2 years, the now legendary artists who created mashup, super brother unit 2manydjs, are set to take the stage. 2017 also sees the brothers active as part of the band SOULWAX; in March, they released their first new album in 12 years, “From Deewee”, which has received worldwide attention. 2manydjs will be coming to perform their DJ SET. Last time they appeared at WOMB was also midweek, and the way they stirred up the crowd on the packed dancefloor remains a fresh memory.